Recently, Adidas Asia Pacific's first RFID smart fitting shop officially debuted in Shanghai. It is understood that this is Adidas in China and the Asia-Pacific region to create the first RFID shop: with the RFID tag automatic identification technology, customers can personally feel the magic of RFID smart fitting room.

After customers enter the fitting room, clothes will be automatically identified and displayed in the RFID fitting mirror, and they can change to different sizes and colours through human-machine interaction and perfect their fitting experience with professional advice, bringing a high level of retail innovation and digital service experience to customers. As offline competition in the footwear industry becomes increasingly fierce, working on interactive applications has become a major innovation point for businesses to focus on. 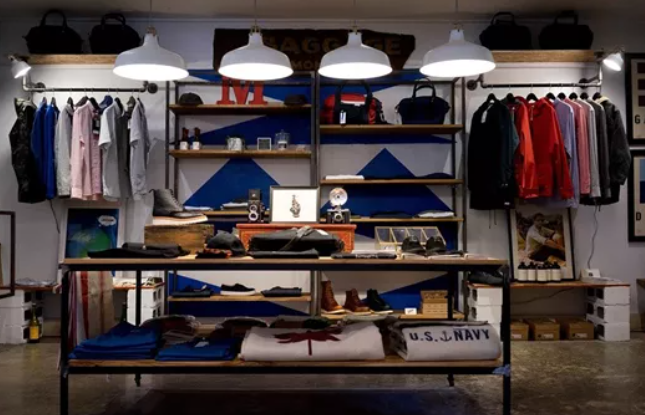 I. RFID is becoming increasingly popular in the footwear sector
In fact, RFID technology in the field of footwear has been used for a long time, the public is familiar with Decathlon, Nike, Adidas, Zara, Uniqlo, Helan Home and other brands have long introduced RFID technology in their operations, and thus enhance the digital level in the design and production, logistics supply, retail services and other aspects.

With the development of technology and scenario applications continue to mature,RFID in clothing design and production, warehousing and logistics, terminal retail, laundry services and other major links have been applied to become an important technology to promote the digital transformation of the apparel industry. The introduction of RFID and other data-based management methods has not only significantly improved the production and operational efficiency of the footwear and apparel industry, but also made the brand's business strategy more flexible.
Although the application of RFID in the field of footwear has become commonplace, but the active application of most of the international brands from overseas, their application of RFID in general has been more than a decade of history, has accumulated a lot of application experience. In this process, RFID also from the beginning of a simple inventory to improve efficiency gradually play a greater value.
In contrast, domestic brands are more cautious in the application of RFID, on the one hand, is subject to the cost of RFID system construction, on the other hand, because the domestic market related to the success of the case is relatively scarce, which makes the brand side dare not rashly spread the application. However, in recent years, under the wave of digital sweep, domestic brands digital will also increased significantly, many brands are promoting related pilot, gradually promote the application of RFID.

II. RFID potential further released.
Previously, the application of RFID in the field of footwear and apparel is biased towards simple data-based operations, significantly improving the efficiency of data collection in some links, thereby achieving rapid inventory, logistics visualization, rapid settlement, etc., while smart fitting mirrors and they are significantly different, the main difference is that the latter value is reflected in the interactive capabilities based on identification. Through innovation in interaction, what is ultimately achieved is an upgrade in consumer experience.

The 3D body fitting mirror is a system integration platform that incorporates hardware and software, allowing customers to quickly switch between clothing styles and get real-time access to professional designers' matching solutions. For businesses, the interactive data generated during the interaction process can be analysed to obtain an analysis of consumer habits and preferences, and thus improve the shop business model.

In fact, there are already many shoe and apparel manufacturers who are beginning to focus on the potential of RFID in interaction. For example, the well-known domestic household appliance company Haier launched the clothing network system, which is in the laundry aspect of the effort. Haier launched the "smart wash" platform equipped with RFID technology can be used with the cloud IOT so that the washing machine really "know" clothing, automatic identification of clothing fabrics and colours, and according to clothing-related information automatically match the washing program.
With the footwear industry in the application of RFID technology continues to deepen, RFID technology and other technologies combined with each other to a higher degree, including cloud computing, big data, automation and other technologies, so as to play a greater value, which is also the direction of development of industrial digitalization.

III. RFID will drive more innovation
At present, although UHF RFID tag production capacity is mainly concentrated in China, but the end customer is still dominated by foreign brands. However, the domestic footwear industry is shifting from the scale of development to the direction of high-quality development, intelligence, networking has become an important direction in the development of technology and industrial upgrading, prompting the footwear industry to change from labour-intensive to capital and technology-intensive.

At the same time, as domestic consumption levels continue to rise, market demand has become more fragmented and diversified. The traditional supply chain operation methods of footwear and apparel enterprises have become outdated, with problems such as mismatched supply and demand information at the front and back ends, serious silos of upstream and downstream information, long turnaround time of commodities and inability to adapt to changes in market demand in a timely manner, which ultimately leads to sales stagnation and inventory backlog.

In the face of rapid changes in the market, the most effective solution is to open up the data link from the terminal to the supply chain, which can significantly enhance the flexibility of the entire industry. In this transformation process, RFID can be used throughout the entire footwear industry chain, helping companies to open up the data chain, which in turn brings more innovation in all aspects of the model.

PREVIOUS：UHF RFID Tyre Tags No next