Singapore's leading position in smart cities is mainly due to forward-looking infrastructure, smart transportation, smart medical care, smart buildings, smart environment, etc. The application of the Internet of Things technology provides great convenience for urban life. A smart city is an extremely complex system, including infrastructure construction, communication guarantee, big data management, data security, etc. As one of the key technologies of the Internet of Things, RFID is highly valued in Singapore and has been integrated into all aspects of residents' lives. Therefore, we will make breakthroughs from RFID technology and look at Singapore's brilliant performance in the field of Internet of Things.

How does Singapore use RFID?
According to the public statement of the Infocomm Development Authority of Singapore, the core of Singapore's "smart country" concept can be summarized by three Cs: Connect, Collect and Comprehend. In the early stage of the development of the Internet of Things, the proportion of connection and collection is obviously higher, and RFID can play a great role in this process. At present, Singapore has widely used RFID in various fields such as administration, urban infrastructure, and industry. The application in many scenarios can be regarded as a model of RFID. 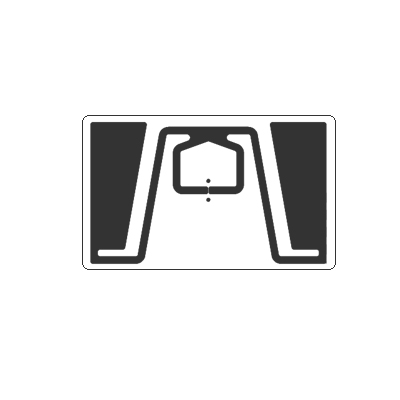 At present, all public buses in Singapore use RFID technology. Almost all citizens have a smart card that can be used to recharge at the subway or bus transfer station. The difference with domestic public transportation is that Singapore’s public transportation needs to swipe the card reader twice, once when getting on the bus, and the other when getting off the bus, according to the number of stops or travel distance between the two check-ins. Automatic deduction.

Every car in Singapore is equipped with a smart card device that can be inserted into a built-in RFID chip, and a number of electronic toll stations have been set up in the central business district and highways with the largest traffic volume. When a car is driving on a highway in Singapore, you can often see a gate-like facility marked with the words "ERP". When the vehicle passes through the gate, the RFID device installed on the vehicle can realize automatic payment. There is no need to stop the whole process, and it can realize sensitive reading and deduction even when passing through at high speed. In addition, highway toll charges vary according to different vehicle types, gate locations and times, so as to control the traffic flow in peak sections and time periods.

The National Library of Singapore is a well-known project in the RFID industry. It is also the world's first large-scale library fully managed by RFID. It is understood that the Singapore government has invested more than 1 billion Singapore dollars to build this library. Singapore citizens can use their ID cards or driving licenses to borrow books from the National Library.

For borrowers, the most convenient is that they can choose any branch of the National Library to return the books, and simply put the books in the self-return box to automatically complete the return operation. Moreover, many libraries also have "book drop slots" similar to post office letter slots on the outer walls. Readers only need to throw the returned books into the "book drop slots", and even if the return procedures are completed, it helps to achieve this. The function is also RFID technology. According to official statistics, the Singapore National Library system receives 32 million readers a year, which is equivalent to an average Singaporean going to the library eight times a year, which shows that efficient library management services have achieved remarkable results.

Although its domestic medical resources cannot be said to be abundant, Singapore’s medical services are well-known globally. In the World Health Report released by the World Health Organization WTO in 2019, the medical systems of various countries were evaluated, and Singapore ranked third in the world.

It is difficult to see anxious patients waiting in long queues in hospitals in Singapore. This is mainly due to the improvement and ease of use of the national public database, as well as a complete hospital management system. The use of RFID in hospitals is very mature, including wards, The dynamic deployment of operating rooms, the real-time management of medicines, blood banks, and laboratory libraries, etc., RFID technology has greatly improved the management and operation efficiency of Singapore hospitals.

Although it has the world’s leading medical level, Singapore’s annual healthcare expenditures only account for 4.25% of the national GDP (2015 World Bank data), which is lower than China’s 5.32% and far lower than the US’s 16.84%. It can be seen that the intelligent medical system using RFID and other technologies can indeed achieve the results of reducing costs and increasing efficiency.

Why is Singapore ahead?
In general, there are many reasons why Singapore can realize the efficient use of RFID, including domestic demand for urban intelligence, strong government support and guidance, and accumulated experience in application scenarios.

The total population of Singapore is less than 6 million, and the land area is only over 700 square kilometers. The average population density is very high. Therefore, building a smart and efficient city system and liberating productivity have more practical significance for Singapore. Therefore, as early as June 2006, Singapore launched the sixth ten-year plan for the information industry-"Smart Nation 2015". The plan puts forward the three principles of innovation, integration and internationalization, and hopes to build Singapore into an intelligent country driven by information and communication. In 2014, Singapore announced the "Smart Country 2025" 10-year plan to further promote the construction of urban informatization.

Singapore is one of the first countries in the world to use RFID technology. As early as 1998, Singapore applied RFID technology to an automatic toll collection system that controls and manages urban traffic. In 2015, Singapore’s Minister of Information and Communication Technology Dr. Lee Boon Yang personally initiated the construction of Southeast Asia’s first RFID testing center, providing a full range of packaging and electronic label testing, compatibility testing and integration services, personnel training, and the provision of goods-level labeling and solutions . Under the support of the government, Singapore has maintained a high rate of RFID industrialization.

In the actual landing process of the RFID project, many details need to be exposed in the running-in with the application scenario. Through continuous improvement and accumulation of experience, a more stable, efficient and more refined operation can be realized. In the case of Singapore hospitals and libraries, it can be found that the use of RFID has been very mature and in-depth, achieving a significant improvement in efficiency, and finally achieving a multiplier result with half the effort.