Boeing said it will increase investment in radio frequency tags 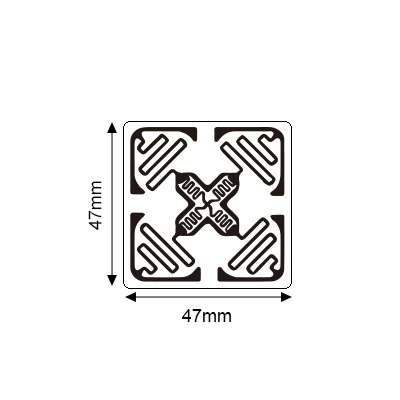 
The cost of RFID systems is declining, making the return on investment of this technology very attractive. A few years ago, the most common RFID tags cost 1 to 5 US dollars, but now they only sell for 25 cents to 50 cents. And the price of the label continues to fall.

Like many other emerging technologies, the performance of RFID tag technology has been continuously improved with the development of the times, and many previous defects are being gradually eliminated. Manufacturers are rapidly adopting radio frequency tags. According to the risk development research of technology market researchers, the radio frequency tag industry of US$1.7 billion is expected to rapidly increase to US$5.9 billion by 2008.

At Boeing's Washington plant (a plant that produces aircraft parts), it usually requires seven workers to unload materials. At the same time, the supplier will send three employees together to load materials, such as aluminum plates.

With the help of four Boeing employees, the workers moved the materials into the factory through the huge 24-foot-wide doorway and manually entered the barcodes for batch loading into the aircraft manufacturer's computer system. Just for data entry, each Boeing employee needs about two hours a day.

Boeing said it will increase investment in radio frequency tags

But now it is no longer the same situation as before. Now only a truck driver from the supplier who transports goods can complete the handling work. Boeing itself does not need to arrange employees to operate the gate. What happened? That is the radio frequency tag.

In September last year, Boeing started using radio frequency tags, which are small squares the size of a fingernail and are attached to trucks with pallets. The tag carries a unique identification code. When scanned by a dedicated radio frequency identification reader, Boeing knows that the pallet containing the cargo has been delivered.

When the truck is loaded on the stacker and passes through the giant doorway, the tag is scanned by the reader installed on the door frame. Within a few seconds, the reader will notify the Boeing computer system that the next order has been received, and the system will quote the supplier. It costs US$16,000 to build a radio frequency tag system, but it saves US$29,000 in labor in the first half of the year.

In order to obtain more profits, Boeing will increase its investment in radio frequency tags. Boeing plans to use this technology in three other manufacturing plants in the next seven months. Boeing is also using radio frequency tag technology to track and test tools and supplies at the 737 assembly plant in Lenton, Washington and the 777 plant in Everett, Washington. It is obvious that RFID technology has the potential to save a lot of labor, said Tim Burke, Boeing's project manager.

However, manufacturing officials do not always think so. This technology has existed for at least 10 years, but early users said that it was extremely disgusting that expensive radio frequency tag systems often failed, and the recognition rate only reached 20%.

However, because Wal-Mart and the US Department of Defense strongly require suppliers to use radio frequency tags, it has a second chance.

Just like many other emerging technologies, the performance of RFID tag technology has been continuously improved with the development of the times, and many previous defects are being gradually eliminated, and RFID tags have become more reliable and cheaper. Take Boeing as an example. Boeing claims that its RFID system has a utilization rate of 99.8% from September last year to March this year, and only 21 out of more than 18,000 tags have not been identified. This is trivial compared to manual input errors.

More importantly, the cost of the radio frequency tag system is declining, making the return on investment of this technology very attractive. A few years ago, the most common RFID tags were sold for $1 to $5, but now they only sell for 25 cents to 50 cents. And the price of the label is still declining-it is expected to reach 20 cents this fall, because the supplier has adopted a new work process that saves materials in label production. "Radio frequency tags can save Boeing money, and it is worth spending millions of dollars." said Ken Porad, project manager who has been working on Boeing radio frequency tags.

This will make the cash registers of RFID tag suppliers turn faster, including Intermec Technologies, Texas Instruments, Philips, Alien Technology, and Boeing manufacturer Symbol (Boeing vendor Symbol) and so on. According to the risk development research of technology market researchers, the radio frequency tag industry of US$1.7 billion is expected to rapidly increase to US$5.9 billion by 2008.

Suppliers of RFID tags should see that the demand for RFID tags increased sharply in 2006. At that time, manufacturers began to expect to shift from the trial and test phase to the large-scale use of RFID tags, because a new industry-standardized RFID market has been formed. Tom, president of Intermec, a supplier of RFID systems Miller said the readers and tags called second-generation RFID tags by the automation giant UNOVA are cheaper, more reliable, and have a reading distance 30% longer than previous products.

Before the second generation of RFID tags appeared at the end of 2005 and early 2006, many manufacturers had been taking a wait-and-see attitude toward the use of RFID tags, which had unparalleled superiority compared with previous generation products. When it entered the market, manufacturers began to scramble to use radio frequency tags.

Because the second-generation RFID tag is used, users will find that using RFID tags is not as troublesome as in the past. Testing RFID tags has also become much easier. Last year, server manufacturer Sun established three test centers—in Dallas, Singapore, and South Korea, with conveyor belts that run 600 feet per minute.

The center tests the RFID technology for customers without affecting the company's own normal work. HP established a RFID test center in Omaha in January of this year.

What's more, RFID tags no longer require additional software to be added to the company's network. With Wi-Fi installed, manufacturers of wireless broadband access technology can use these networks on their construction sites without using RFID readers to obtain information from RFID tags. Inco Mining uses this equipment to track the location of vehicles, containers, and drilling rigs in its Sudbury (Canada) mining area.

Using the existing Wi-Fi network, the company can save up to 50% of the RFID deployment costs, said Gabi Daniely, vice president of AeroScout, a RFID tag manufacturer.

There is no need for major professional adjustments and fine-tuning of the company's software system. For example, RFID feedback will become a standard part of Microsoft's enterprise resource management software, used to track products in the production process, and will be released in the first half of 2006. "Consumers tell us now that RFID tags are more difficult to use." Microsoft's collective product manager Steven Martin explained.

As RFID tags become easier to install and cheaper, other companies are seeking new uses for it. Tool and equipment manufacturers are beginning to use radio frequency tags to improve asset management. In April of this year, power tool manufacturer Bosch began to embed tiny radio frequency tags on the handles of handling tools to maintain the production line. The idea is to prevent employees from "carrying away" tools, while also making it easier to find misplaced gadgets.

Although the use of radio frequency tags has caused the price of tools to rise by 2% to 5%, seven companies are ready to try out this technology. John Doherty, a product manager of Bosch, said: "We are very happy with this response. It is "Cascading," he went on, "it is a similar transformation from analog phones to digital phones."

RFID tags have more benefits. Business intelligence software such as SAP, OATS system and T3Ci can help managers analyze daily inventory trends. AeroScout has released the latest version of Mobile View software, which compares the path traversed by the RFID tag during the production process with the path it should go through. If the product skips any step in the production process, the software will send a short message or an email to the workshop manager, or it can send a message to the boss.

In the future, the importance of radio frequency tags for business decisions will continue to increase, because the tags not only incorporate many sensors but also increase their storage capacity, which can record information such as temperature and noise level.