Why should we make a breakthrough in RFID

The full name of RFID is radio frequency identification technology. In this system, electronic tags are used to mark items, and data is sent, received and processed through a reader. At present, this kind of technology is involved in the fields of logistics, retail, manufacturing, medical care, transportation, and reading. It is a key technology for creating the world's "Internet of Things". Previously, this kind of core chip technology has been monopolized by foreign countries. With the continuous maturity of the Internet of Things, our country has more and more demand for this kind of technology, but this kind of technological monopoly is undoubtedly a kind of "snake neck" technology, but it is pleasing This monopoly is about to break. General Manager Wang Zhu said: "We want to be a national core and let China core lead the world." 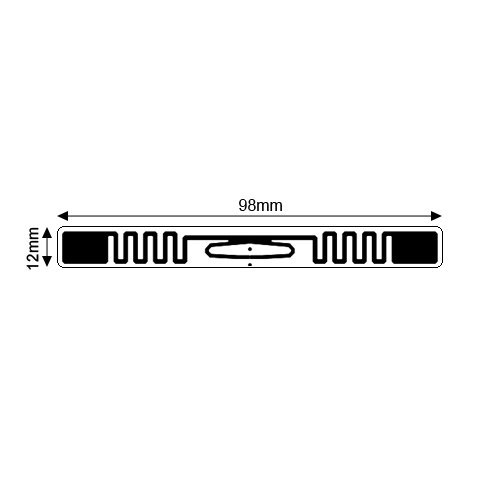 RFID technology is widely used
Friends who have watched spy war dramas should have heard the story of the "Golden Lips" bug. This is a steel needle connected by the tympanic membrane. The sound of talking will be transformed into a steel needle sensation through a thin film. By illuminating this steel needle with high-intensity radar, the sound waves in the house can be restored through small sensational information. "Golden Lip" is considered to be the predecessor of radio frequency identification technology. Does it feel that this technology is very high? In fact, we can see this so-called "black technology" in our daily lives, and those who have been to the Shenzhen library will know Nowadays, to borrow books from the library does not require manual registration one by one. As long as you stack several books together and put them on the table, it can identify the information of the book. It is because the tag in the book has a tag chip hidden in it, and there is an RFID reader under the table.

RFID will become more advanced
With the continuous advancement of science and technology, the distance of non-contact recognition is getting farther and farther and faster. So it is widely used in many industries, and it is still expanding its field. Wang Zhu and reporters said that up to now, aviation baggage tags are also becoming popular and domestic Daxing Airport has begun to use them. He believes that more and more airlines will need to cooperate with this technology in the future, and logistics is also a new market for expansion. In 2019, China's logistics parcels used this technology to exceed 60 billion pieces, accounting for more than half of the global parcels. This technology can speed up the processing time of parcels and make logistics faster and faster. RFID is also an entry-level tool for new retail exploration. He has its own data tags embedded in the corresponding clothes, and the backstage can know the clothes well, and better provide consumers' preferred data support, and it can also bring consumers a better experience. Where can I find a manufacturer of RFID tags? SEIKO RFID is a company specializing in the production of RFID tags, RFID inlay, RFID label, RFID anti-gold labels, RFID washing labels, etc.

RFID will become everyday
With data now available, the scale of the domestic RFID market broke through 50 billion for the first time in 2015, and doubled again after 4 years. China is now a major chip producer, but the reader chip technology has always been in foreign hands. Wang Zhu said that they began research and exploration in 2005. After successfully completing the RFID electronic tag chip tapeout in October 2018, the self-developed reader chip will also be released. Now the previous tasks have been completed and the goal has been reached. Commercial standards. He also said that in the future the price of such domestically-made chips will be reduced. He said that once the localization of the chips starts, the cost will drop significantly. In the future, this kind of chip technology will become more advanced, smaller in size, and more precise in targets. In the future, this technology will be combined with Internet technology to learn from each other's strengths and open up new markets. He also said that this kind of chip will appear in our lives like everyday products.