Recently, Japan has introduced a regulation: since 2022, pet shops will have to inject RFID microchips into pets when be sold. Previously, Japan required imported cats and dogs to use RFID microchips. And as early of October 2020, Shenzhen, China implemented the "Shenzhen City Dog Electronic Tag Implantation Management Regulations (for trial implementation)", any dog that is not implanted with a microchip will be considered as keeping a dog without a license. By the end of last year, Shenzhen had achieved full coverage of dog microchip management. 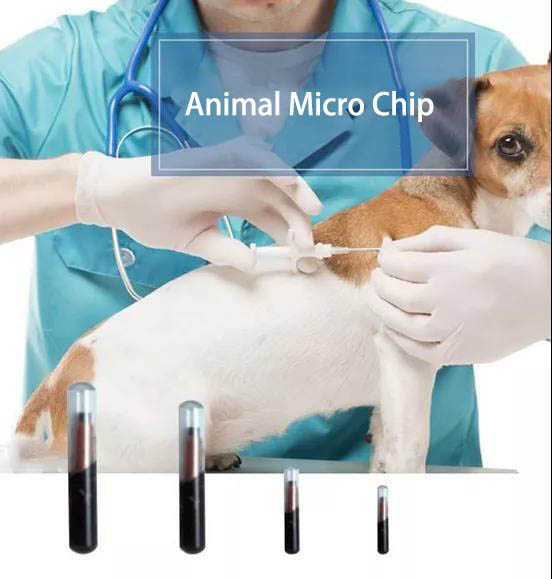 The history and current status of pet microchip applications

In fact, it is not unusual for micro RFID tags to be used in animals; animal husbandry uses it to record animal information, zoologists implant microchips in wild animals such as fish and birds for scientific research, and it can be implanted in pets to prevent them from getting lost.

Currently, the use of micro RFID chips in pets is regulated differently in countries around the world: France made microchipping mandatory for dogs over four months old in 1999, and in 2019, it will be mandatory for cats as well; New Zealand required microchipping of pet dogs in 2006; the UK required all dogs to be microchipped in April 2016; Chile implemented a pet ownership responsibility law in 2019, and nearly one million pet cats and dogs to be microchipped.

RFID technology the size of a grain of rice

Pet microchips are not the angular, flaky objects that most people think of, but are cylinders resembling long grains of rice, which can be as small as 2mm in diameter and 10mm in length. This small "rice grain" chip is an RFID (Radio Frequency Identification) tag that can be read by a specific "micro RFID reader". 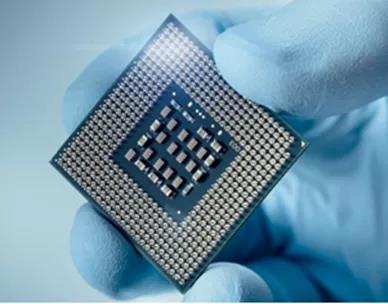 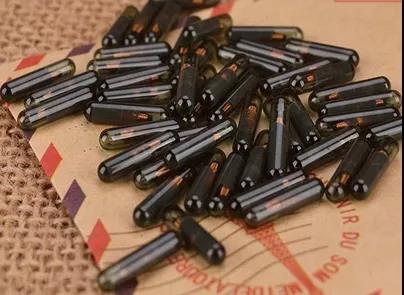 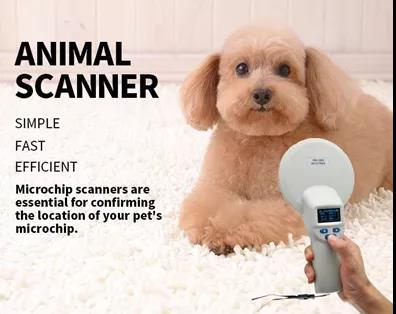 Specifically, when the chip is implanted, the ID code it contains and the owner's identity information are bound and stored in the database of the pet hospital or rescue organisation. When the reader is used to sense the pet carrying the chip, the reader receives an ID code, which is entered into the database and the corresponding owner is known.

Pet microchip market still has plenty of room to grow

The 2020 Pet Industry White Paper shows that the number of pet dogs and cats in China's cities and towns surpassed 100 million last year, reaching 10.084 million, and that China is expected to have 248 million pet dogs and cats by 2024 as per capita income levels continue to rise and the emotional needs of young people increase.

Market consulting firm Frost & Sullivan reports that in 2019, there will be an overall volume of 50 million animal tags, including 15 million glass tube tags, 3 million rfid pigeon anklets, and the rest for RFID ear tag products. 2019, the animal tag market size has reached 207.1 million yuan, accounting for 10.9% of the low-frequency RFID market.

It should be noted that the development of pet chips in foreign countries is more mature. At present, there are some Chinese RFID tags manufacturer emerge for the pet microchip market, such as SEIKO RFID Technology LTD. who has more than 10 years manufacture the rfid micro chip in China. And only a few cities in China, such as Shenzhen, Ningbo and Chongqing, are promoting microchip implantation. With the continuous introduction and implementation of relevant policies around the country, there is still a lot of room for development in China's pet microchip market, which also contains huge opportunities for domestic substitution.

Microchip implantation for pets is painless and inexpensive

Pet microchip implantation is a subcutaneous injection, usually at the top of the back of the neck, where the nerve is not developed, no anesthesia is needed, and dogs and cats are not very painful, in reality most pet owners will choose to inject their pets with a microchip during spay/neuter surgery, so the pets will not feel anything on the needle.

During pet microchipping, the syringe needle, despite being large, is siliconised and is regulated in relation to medical hygiene products and laboratory products, reducing resistance and making the injection easier. Realistically, the side effects of microchipping pets may be transient bleeding and hair loss.

Currently, the cost of microchipping pets in China is basically within $200. The life span is up to 20 years, which means that under normal circumstances, a pet only needs to be microchipped once in its lifetime.

In addition, the microchip does not have a positioning function, but only serves to record information, which can increase the chances of recovering a lost dog or cat. But whether you are walking a cat or a dog, a leash is the lifeline.

PREVIOUS：Sam's Club With RFID Technology NEXT：What is difference between the barcode and RFID tags?